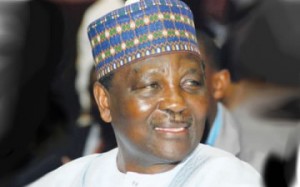 Former Head of State, General Yakubu Gowon, has advised Nigerians to remain united, prayerful and respect one another’s religion, as he asserted that those were the things needed as solutions to the problems confronting the nation. He warned that the religious tension in the land should not be allowed to degenerate into a religious war.

Speaking yesterday in Gombe, while presiding over the “Nigeria Prays” programme for the North-east region, Gowon assured Nigerians that God would rid the country of whatever problem confronting her now.

He also advised Nigerians to go back to God in prayers for solutions to the problems facing the country.

Leading various sessions of prayer, Gowon urged Nigerians to continue to pray for the country and its leaders at all levels.

Speaking further, the former Head of State also called on politicians to avoid bitter politics and consider the interest of others and the nation first in all their activities, instead of looking for selfish gains.

Also speaking, Gombe State Deputy Governor, Mr. Tha’anda Jason Rubainu, who represented Governor Ibrahim Dankwambo commended the former Head of State for initiating the ‘Nigeria Prays’ programme which he said has gone a long way in uniting the country. He reiterated the call for citizens to be prayerful at all times, for God to move the country forward.