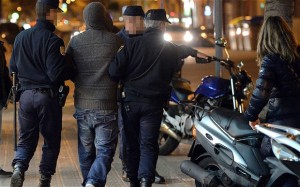 More than 100 people have been arrested in Spain, Britain, Serbia and the United States over a massive scam that tricked people into buying millions of pounds of worthless shares, British police say.

Spanish and British officers launched a joint operation against criminal gangs behind the so-called “boiler room” fraud, said the City of London police on Friday.

The arrests were made on Tuesday but can now be disclosed after a Spanish judge lifted a reporting ban.

Eighty-four of the 110 arrests were in the Spanish cities of Madrid, Barcelona and Marbella, 20 were in London, four in Serbia and two in the United States, police said.

The operation closed down 14 boiler rooms in Spain, two in Britain and one in Serbia.

“It is our most important investigation ever, targeting people we believe are at the top of an organised crime network that has been facilitating boiler rooms across Europe and which is suspected of being responsible for millions of pounds of investment fraud,” said Head.