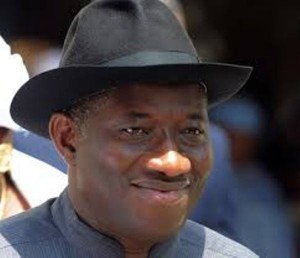 Fears something might have happened to President Goodluck Jonathan following heavy exchange of gunfire between Boko Haram suspects and Department of State Services (DSS) officals have been allayed by Presidential Spokesperson, Reuben Abati.

According to Abati, who condemned online publications that reported that President Goodluck Jonathan’s life was in danger, saying that the president is safe.

In a tweet to reassure the public about the president’s safety, the presidential spokesperson wrote; “What happened at the SSS HQs has nothing to do with the Villa. President Jonathan is safe & well. Thank you for your concern & support.”

Also speaking to Channels TV in a telephone interview, Abati said, “It is true that this morning there was an incident at the SSS headquarters, known as ‘Yellow House’, but the incident has absolutely nothing to do with the presidential Villa. But some mischievous persons have gone online to say, claim and promote the lie that President Jonathan is under threat and that the incident had something to do with the Villa but this is absolutely not true.

“I can tell you categorically and to all Nigerians that President Goodluck Jonathan is safe and well. What happened at the SSS headquarters has nothing to do with the president. There was absolutely no threat to the Presidency because whatever happened was contained within the premises of the SSS headquarters,” Dr Abati stressed.