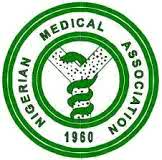 Doctors employed by the Ekiti State government have threatened to start a warning strike if by Monday, April 7, government refuses to meet their demands.

The doctors are complaining among others of what they call heavy taxation on its members by the state government, asking for massive tax reduction.

The doctors, under the aegis of Nigerian Medical Association, NMA, called for immediate restoration of the Consolidated Medical Salary Scale to Doctors working at the local government level as applicable to their colleagues at the secondary and tertiary hospitals.

The union took the decision to embark on warning strike at its Ordinary General Meeting of Thursday, March 27 following government’s failure to meet their demands despite several meetings with Governor Kayode Fayemi on the matter.