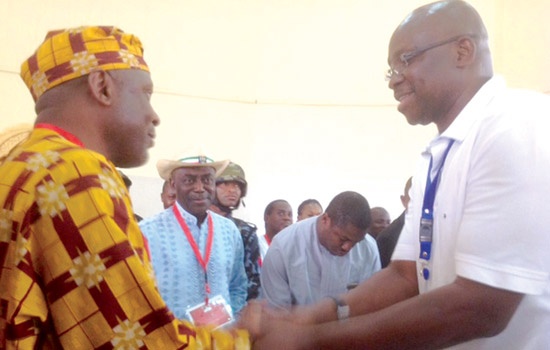 The Peoples Democratic Party (PDP) on Monday constituted a five-member team to handle the campaign of its candidate, Mr Ayo Fayose, for the June 21 governorship election Ekiti State.

The Ekiti State Chapter of the party made this known in a statement signed by its State Secretary, Dr Tope Aluko on Monday in Ado- Ekiti.

The statement named a lawyer and businessman, Chief Dipo Anisulowo, as the Director-General of the campaign team.

A former State Chairman of the Nigerian Bar Associatuion (NBA) and one-time Attorney General and Commissioner for Justice, Mr Owoseni Ajayi was named the Deputy Director-General.

Others members are, a retired woman permanent secretary, Dr Modupe Alade, who will serve as Secretary, while  Chief Awodunmula will serve as  Treasurer and Chief Gboyega  Aribisogan, as Director of publicity.  (NAN)