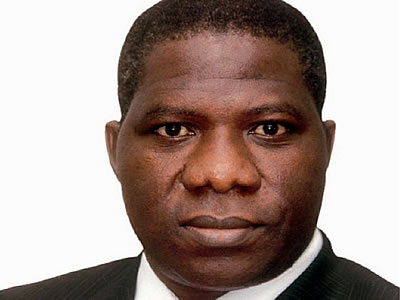 The flag-bearer of Labour Party in the forthcoming Ekiti State governorship elections, Hon. Opeyemi Bamidele has promised his supporters and people of the state that he would only serve a single term of four years if elected as the governor of the state.

Bamidele said this at a press conference at his residence in Iyin Ekiti on Wednesday.

The aspirant, who is a member representing Ado-Ekiti/Irepodun-Ifelodun Federal Constituency in the House of Representatives, said that his promise not to seek a second term in office was a personal decision and not the decision of his party.

Bamidele also pledged to conduct election into the local government councils as part of his policies, which he said, would bring development closer to the grassroots.

The former Commissioner for Information and Strategy in Lagos State, promised that his government would run an all-encompassing social welfare programme, which would benefit the youth, women, aged, physically challenged and children below age five.

He said, “The situation in Ekiti now calls for sacrifices because part of what destabilizes a state most is when the incumbent is seeking reelection or trying to implement a programme the people don’t believe in.

“I quite understand and believe that I am capable of assembling a solid team that will turn around the fortunes of the state within four years. With my experiences as a public servant, I will hit the ground running.

“For Ekiti to be united, there is the need for the political class to realign forces and make sacrifices for us to remain as one. After my reign, I won’t want anybody to be fighting over which senatorial district should produce the governor.

“So, the decision that I am going to rule the state for just four years is personal and not the position of my party”, he explained.