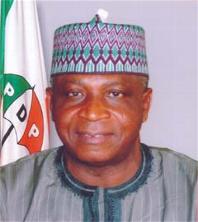 A chieftain of the All Progressives Congress, Alhaji Kawu Baraje, on Friday declared that he was not under investigation by the federal government.

The former chairman of the parallel faction of the Peoples Democratic Party, PDP, also known as new PDP, in a statement said President Goodluck Jonathan’s administration was not probing him over some contracts he awarded while in office.

According to Baraje, the rumour of his probe was not only untrue but unfounded and a calculated attempt by some of his detractors to tarnish his image.

Baraje also debunked rumours that he was ill.

He stated that he travelled to London and later to the US to attend crucial meetings before he would return back to Nigeria.