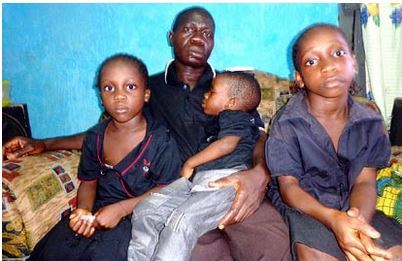 If he had known how the day would end, he laments, he would have asked government to forget its job so they could continue to live together. Mr. Amun, from Uzebba, Owan West LGC of Edo State, survived the stampede.

Amun recalled they got to the recruitment venue on time, but met an uncontrollable crowd at the stadium, as thousands of applicants struggled to participate in the job test.

The stampede occurred because the organizers decided to lock the big gates and used the small ones at the stadium. As a result, people had to pay N1000 each to gain entry. Those who could not afford the money made frantic efforts to find their way into the stadium at all costs, a situation that created chaos.

“I applied for the job as a senior secondary school holder while my wife applied as a graduate because she finished from Auchi Polytechnic. On that day, while we were on queue, I could have been the victim because while I was in the crowd, I almost couldn’t breathe. I told her we should go home,” Mr. Amun narrated.

“But she said I shouldn’t worry, that I should find somewhere to relax while she will be at the stadium and monitor things and then get back to me. About 20 minutes later, her younger brother who also came to write the examination saw me and asked after his sister. I told him she was in the crowd. 30 minutes later, somebody shouted that a woman had died. I didn’t know it was my wife.

“It was then they now went to open the big gates into the stadium. The first time, they were using the small gates; it was after the incident that they went to open the big gates, for people to enter the stadium. I thought I was going to see her inside the stadium. I went round the place, I didn’t see her. Around 4 pm when we were about to write the test, I still had not seen her and I became more worried but the brother encouraged me to write the test saying maybe she was writing her own somewhere. After the test, I sat by the gates thinking while coming out I would see her. I waited till around 6.30 to 7 pm.

“Later, thought maybe she would be in my viewing centre. I went there but didn’t see her. People came around to watch football, but because I had not seen my wife, I couldn’t open the shop. I locked the place and called her younger brother and my friend who has a vehicle. We went to the hospital where they rushed those injured during the test, to check if she was there; but they said they had discharged four people who sustained injuries.

“They checked their names, my wife’s name was not there. They now said there was one woman who Immigration officials brought without a name and they used no name to book the woman’s corpse. I now requested to see the woman. Behold, I saw my wife in the mortuary sleeping alone. I touched her, she could not touch me, I called her, she could not answer.

“I tried to call her phone because I did not believe she was dead; but she did not pick. But somebody picked her phone on the ground and the person told me he couldn’t reach the owner until after the test, because of the crowd. It was the next day that the Civil Defence people that collected it brought it home.”

Since the incident, Mr. Amun says, nobody has reached out to him from the Immigration Service. He is devastated by the death of his beloved wife whom he had known even before she went to the university. They have three children together: two daughters, Favour, 6, Miracle, 5, and a son Favour, 3.

He begs the government for assistance and support, suggesting the children whose parents have died in the terrible stampede should be given scholarships, and their relatives provided with jobs.