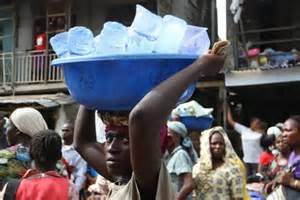 The Minister of the Federal Capital Territory (FCT), Senator Bala Mohammed, has declared his resolve to rid off the streets of Abuja of beggars, hawkers, prostitutes and operators of tricycles, popularly known as Keke NAPEP.

Mohammed made this declaration yesterday when he led the high-powered Special Enforcement Task Force Team on Abuja City Cleaning and Management on its first demonstration ride and inspection within the Abuja metropolis.
He vowed to spend more time outside, and less in his office on physical inspection and monitoring.

The minister warned “hawkers, beggars, prostitutes, commercial motorcycle riders and keke operators to keep off the capital city as the clean up exercise would be routine and permanent.

“It is not going to be business as usual. I will personally be here on the field supervising together with the task force…We have got a very vibrant chairman of the task force team and members. They too are under my supervision. It is a multi-dimensional task force that is out to make sure our basic rules and regulations are obeyed.

“There will be no hiding place for commercial motorcyclists and tricycle operators in the city, and these two modes of transportation have been used to wreak havoc in other places.

The random springing up of mechanic workshops and car marts in the city will no longer be condoned.”

Mohammed however, assured the people that the task force would work assiduously with human face to make FCT a better place for everybody.

He said the FCT Administration (FCTA) has created about one million jobs and business opportunities in the Federal Capital Territory (FCT) within the last four years since he became minister.

He stated that through the new transport policy of the FCTA, drivers have been turned to vehicle owners via the SURE-P hire purchase scheme reputed to be the most affordable in the country.

The minister added that soon taxis plying FCT roads estimated to hit 10,000 would all be captured biometrically and fitted with tracking devices for enhanced security.
He also said the FCTA would be employing about 7,000 youths in environmental and traffic related jobs in the city.

Also, the task force Chairman and FCT Commissioner of Police, Mr. Joseph Mbu, equally vowed to keep his foot on the ground to ensure that Abuja is fully sanitised.

Mbu described the FCT minister as a very hardworking and result-oriented man “who doesn’t sleep,” pledging that “together, we are going to do better than what I did in Rivers State.” [Thisday]