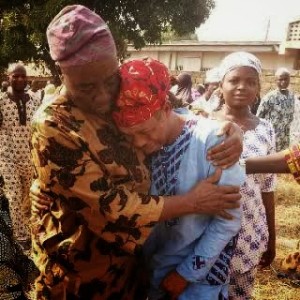 Popular Nollywood comedian — Hafiz ‘Saka’ Oyetoro is currently in tears as he lost material worth millions of Naira after his office at the Theatre Arts Department of the Adeniran Ogunsanya College of Education was destroyed in a fire.
The fire started mysteriously at around midnight on Thursday morning and razed the entire Theatre Arts Department.

“What can I say, other than to thank God for the gift of life, because no live was lost in the inferno… We actually have good fire extinguishers, but nobody was around to do anything, given the time the incident occurred. Fire fighters have been here but they did little and the authorities have been here too,” Oyetoro said.

“I also lost my promotion letter, most painful was the fact that I was to submit some important documents for some international engagements but now this may not happen as the documents have also been lost to the inferno.”