Flavour: “Dillish And I Are Not Dating, FOR NOW” 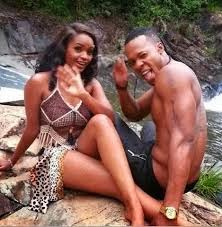 Nigerian Eastern superstar singer — Flavour, has in a new interview with Encomium Magazine clarified his relationship with BBA the Chase winner Dillish.

Their recent cozy pictures which both parties shared on Instagram had sparked rumours that they may be dating after Dillish’s ex boyfriend Stephen confirmed they were no more together.

But Flavour says his relationship with Dillish is purely professional, at least for now.

Flavour said: “It’s just a professional picture. For now there is nothing between us. She featured in my video and I went to pick her at the airport and also hosted her. That’s it.  I wonder why they are spreading the falsehood all over the net. We are not kids and if there is something between us, why hide it? It’s strictly professional for now.”

Share
Facebook
Twitter
WhatsApp
Previous articleOmotola-Jalade Ekeinde: “I don’t Believe God Created Man and Woman to be Equal in Any Way”
Next articleFela, 2face And Others To Be Immortalized At The Nigeria Music Hall Of Fame
- Advertisement -