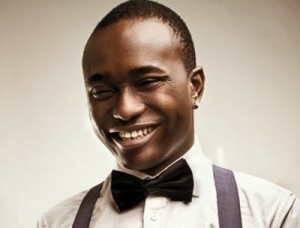 The ongoing legal tussle between singer, Brymo and his estranged label, Chocolate City took a different turn today as the court through the presiding judge, Justice Buba I.N lifted the injunction against the artiste, setting him free to continue the release of materials as a full-fledged artiste.

Sitting at the Federal High Court, Ikoyi, Lagos, the presiding judge, Justice Buba I.N in his declaration lifted the court injunction against Brymo stressing that he needs to continue his musical career while the case continues hearing in court. Also, the judge disclosed that both the plaintiff (Chocolate City) and defendant (Brymo) should provide their witnesses in court for the 2-day hearing slated for 19th and 20th of March, 2014 respectively.
According to Justice Buba, Brymo is free to continue doing music as an artiste while Chocolate City can be compensated at a later period. ‘Since the plaintiff (Chocolate City) can be compensated at a later date, the defendant (Brymo) is free to carry out his duties as a singer so that non of the parties will be at advantage’.
While the court lifted the injunction against the music star, sights of relief was conspicuously noticed amidst Brymo and his team sitted at one section of the court chambers.
Prior to the commencement of the court session, Brymo’s legal counsel, Ms. Nike Olagbede apologized for her conducts displayed in court during the last hearing of the case.
During the court session that lasted for around 30 minutes, Chocolate City’s counsel, Mr. T.O Lawal flanked by Ms. C.O Maduboko stated that the bone of contention in court is the breach of contract filed against Brymo for walking out of his contract that runs till April 2016. He stressed that much emphasis should be laid on the court injunction against the singer since money can’t compensate the record label due to the peculiarity of music business.
In her response, Ms. Nike Olagbede stated that her client (Brymo) was right to quit Chocolate City since the label failed to fulfill their part of the contractual agreement. According to Ms. Nike, ‘Brymo signed a 5 year, 3 albums deal with Chocolate City and was right to walk out of the label when all he was promised wasn’t met. He wants to be released because artistes in the music industry have a short life span’.
Nevertheless, the court session that began at 10:20 am lasted only 30 minutes as the presiding judge brought the case to a halt when he adjourned the case for both parties to present evidences and witness at the court hearing on Wednesday 19 and Thursday, 20, 2014 respectively.
Share
Facebook
Twitter
WhatsApp
Previous articlePhotos: Delta Govt building $57m massive shopping mall in Effurun
Next articleGovs Raji Fashola and Peter Obi Dancing Galala with Daddy Showkey – Photo
- Advertisement -Ad ==> Discover how a young Nigerian graduate now makes a consistent 40k per week doing a legitimate online business. You too can start yours now, click here!!!