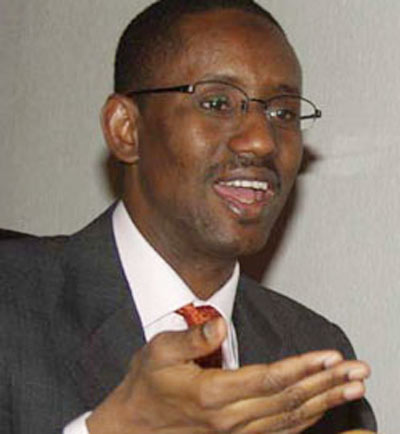 The News Agency of Nigeria (NAN) reports that the retreat, the third in the series, was attended by six governors and four deputy governors.

Ribadu said the tendency by the citizens to indulge in corrupt practices would be minimised if leaders lived moderate lives.

“Show us how to behave and we will follow you, if we have less private jets, we see you live in moderation, we will follow and copy you”, the former anti-graft boss said.

He said that corruption was a major threat to development, saying Nigeria would be far better fighting it.

Ribadu, who contested the presidential election, under the platform of the defunct Action Congress of Nigeria (ACN) in 2011, called on state governments to put in place mechanisms to check corruption in their respective states.

He said corruption was a deep-rooted malaise which could not be fought by centrally-controlled agencies alone.

He said that the active involvement of the states in the fight against corruption would check leakages and promote development.

“The states can do more and achieve more in the fight against corruption because they control a substantial amount of development resources.

“If they leave the fight to centrally controlled agencies alone, we will not get the desired results”.

Ribadu also urged state governments to put in place a sanction regime to punish offenders to serve as deterrence to others.

Also speaking, Justice Mustapha Akanbi (rtd), the former Chairman, the Independent Corrupt Practices and other related Offences Commission (ICPC), said there was the need to strengthen anti-corruption agencies to fight the menace.

Akanbi said corrupt leaders were powerful and influential and urged heads of anti-corruption agencies to muster enough courage to bring them to justice.

“The heads of these agencies must have the political will to fight corruption.

“Without courage, you can’t fight the menace; these corrupt people are powerful and it takes courage to fight them”.

In his remarks, Prof. Akin Oyebode, a don, said impunity was a major threat to the fight against corruption in the country.