A touching scene has been witnessed at the Rotterdam’s Diergaarde Blijdorp Zoo. 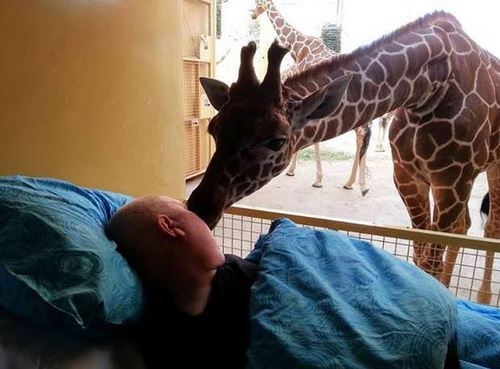 A maintenance worker who suffers from terminal cancer asked to be wheeled into a giraffe’s habitat so he could say his final goodbye to the animals.

Mario, 54, was wheeled into the enclosure on his hospital bed.

Within minutes, the giraffes approached him and began to nuzzle and kiss him.

“These animals recognised him, and felt that (things aren’t) going well with him,” Kees Veldboer, the founder of the Ambulance Wish Foundation, said. “(It was) a very special moment. You saw him beaming.”

Various studies have suggested animals can sense illness in humans, including diseases with no visible symptoms.