Honour Killing: Indian Parents Strangle Daughter For Marrying Against Their Will 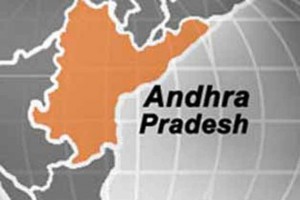 Parents of a 26-year-old IT worker found strangled at home in the southern Indian state of Andhra Pradesh have confessed to killing her in a rare “honour killing”.

Police say her parents, who are in custody, have admitted to murdering their daughter after she married against their wishes.

She wed another IT professional on 21 February. But her parents thought her husband came from an unsuitable community, police say.

“The parents have confessed to the crime. They strangled her with her chunri [scarf] by tying it to the bed post in their house,” Gopinath Jatti, superintendent of Guntur police, told BBC Hindi’s Imran Qureshi.

“When the pressure built up, the girl informed her parents that she was in love with her friend. She tried to convince them but they obviously weren’t.”

The couple got married in Hyderabad and then her parents took them to Guntur with the promise of a traditional ceremony.

“The murder got to be known when the friends of the bridegroom got suspicious and went to the woman’s house,” the superintendent added.