Home Lifestyle I Insulted My Cheating Girlfriend, But Can’t Stand Seeing Her With Someone...
Facebook
Twitter
WhatsApp

My name is Kelvin, I’m 29, from Abuja. I’ve been in love with a girl for three years and we’ve been dating for two years. There was a crisis in our relationship when I found out that he had cheated on me. Although she initially denied it, later she admitted it was true. I was so angry that I insulted her and ignored her for days. But I never stopped being in love. 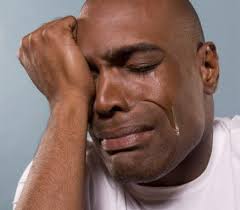 She, however, started a new relationship immediately with her colleague and admirer after our argument, apparently believing that I would never trust her again. After that first guy, she began dating another one.

Meanwhile, I realised I couldn’t cope without her and started calling her. She says she still loves me, but won’t leave that other guy.

To think of it, in all these years, I’ve never cheated on her and did not date anyone after we broke up. I can’t stand imagining her with someone else and I love her the way I’ve never loved anyone before.

When I call her, I often promise I would not bring up the topic of her cheating ever again.

Moreover, my mother also loves and thinks highly of this girl. She warned me that if I don’t get married to her, I won;t get married at all.

Deep inside me, I want her back. She also says she loves me. But the truth is, I have not yet made a steady mind considering our relationship. What should I do?