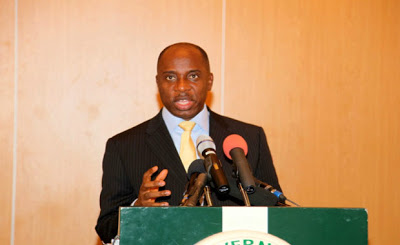 Governor of Rivers State and Chairman of Nigeria Governors’ Forum, Mr. Rotimi Amaechi, has said that it was his constitutional responsibility to the people of the state to deliver on infrastructure and spend public funds judiciously.

He said it was also his obligation to ensure the safety of lives and property in the state.

The governor made this known when he carried out an inspection tour on Elioparanwo and Ogbogoro roads in Obio/Akpor Local Government Area of the state.

Part of the political crisis rocking the state stems from the governor’s purported ‘illegal’ suspension of the council heads of Obio/Akpor council.

Amaechi said: “I’m paid to do this job.  I’m employed by the Rivers people, so I’m bound to deliver. The responsibility of a governor is to deliver on infrastructure, the lives and well-being of the citizens and ensure that they have security.

“You can’t have government money in your kitty and not be able to utilise it.  You must deploy it to the development of the people. It’s about priority, what you choose to do”.
He urged the contractor on site to do everything possible to ensure that the Elioparanwo Road which is about 3.25 kilometres was completed before the rainy season.

He also appealed to the people to identify with the ruling All Progressives Congress in the state, describing the party as the vehicle for change in the state and country.