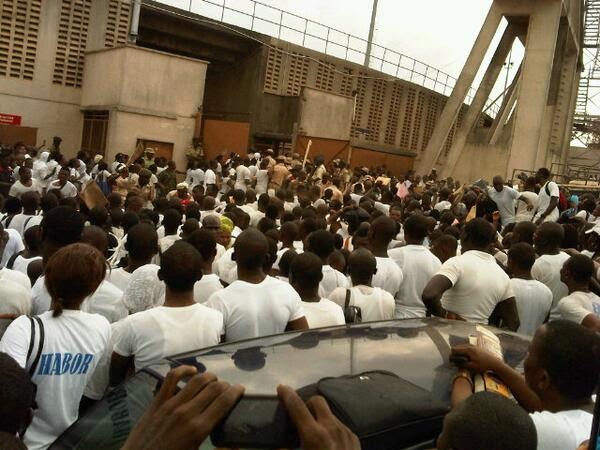 Two applicants slumped and died at the recruitment venue in Minna on Saturday where over 12,000 applicants from the state converged for recruitment into the Nigeria Immigration Service (NIS), the News Agency of Nigeria, NAN, reports.

The state commissioner for health, Ibrahim Sule, confirmed the death of the two applicants in an interview with the News Agency of Nigeria (NAN).

“One female applicant was reported dead on arrival at the hospital and the male applicant died of his injuries on admission at Minna General Hospital”, he said.

He said four other male applicants were treated for their injuries and discharged, while seven females were currently receiving treatment at the hospital.

He said the Immigration Service did not liaise with the government on the recruitment exercise given the large number of applicants expected.

Officials of the Immigration Service declined to comment on the death.

NAN reports that the Government Girls Day Secondary School, Minna, venue of the exercise was packed full with the applicants who besieged the place as early as 7a.m.

Immigration officers had a hard time managing the crowd who formed long queues armed with their notification slips.

An applicant who gave his name as Mohammed told NAN that unruly behaviour of some of the applicants led to the stampede which caused the deaths.

“The pushing and shoving at the venue entrance by some unruly applicants led to the stampede resulting in injuries to some applicants, who were rushed to the hospital,” he said.

The Immigration recruitment held across Nigeria on Saturday with several reports of deaths and stampede from different states. Advertised positions were for university graduates, diploma holders and Senior Secondary School Certificate holders.

In Abuja, recruitment, at least seven job seekers died at the Abuja National Stadium while scrambling to secure seats for the recruitment test. Four deaths were reported in Port Harcourt. (NAN)