Nigerian veteran singer, Ms. Onyeka Onwenu is currently the Executive Director/Chief Executive Officer of the National Centre for Women Development  in an interview speaks on the need for government and the society to rise against all forms of crimes against women. 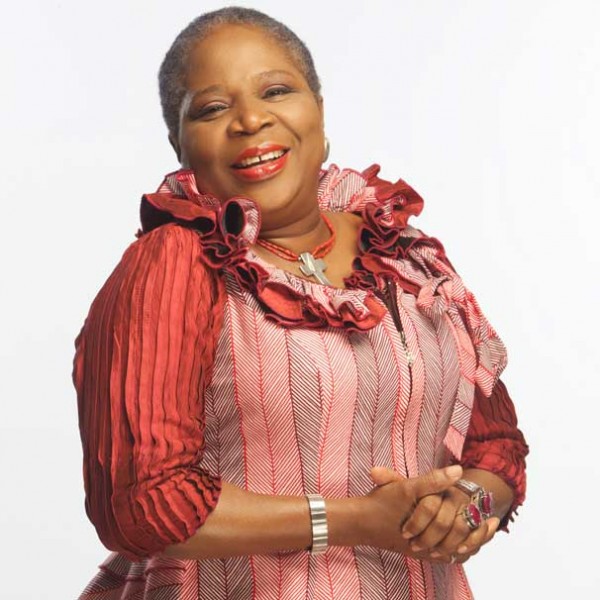 I think rape has always been part of our society, and we have not given it prominence because the security agents, like the police, do not take it seriously. It is a crime against womanhood, but it is not given the attention it deserves. That is because we have not really given women their due. Nigeria has not really protected the women.

We do have domestic violence, rape and others but when it is reported to the police, they will simply say just go and settle it. They will even blame it on the woman, by telling her, eh na you cause am, na the way you they waka provoke the man (meaning to say she sexually provoked the man by her seductive steps).

Other societies have taken steps to increase the sanction attached to rape. It is such a violation of your person; you have no right, no personhood. It goes to suggest that you are a piece of property to be used; and it is up to the police and the society to deal with it. Women must report rape, no matter the stigma that is attached to it.

You know when the reportage of rape increases, we can now use that as a tool to bring the enforcement down. That will make it totally unacceptable and all the government agencies will now enforce the law and bring it to the forefront. So, when it happens, we will then hold on to the police and say you must prosecute.

Anybody caught in such act must be punished, the person should go to jail to prevent him from doing it to the next woman.

Is that what you mean when you said that Nigeria is not protecting women?

Yes, that is what I mean, because the police feel no obligation to prosecute sex offenders. They see rape is a little thing. They would say rape is just a crime against women. Or when a husband beats the wife into coma they will say go and settle it at home. The same home where you were nearly killed?

I think women should be able to access a lawyer in pushing their case.

Yes, all that should follow so that as the police take it more seriously, the society will take it more seriously too. The more people get punished, and the more people speak up against it, the more we stand to make success in protecting women’s rights. We can say ‘oh, women, you really have to go there and be screaming and demonstrating, and then we will take it seriously.’ No, everything must go hand in hand. Our lawmakers as well must take it seriously. Any crime against a woman is crime against the family.

I do not encourage the women to dress in a manner that is so provocative. No, that is not acceptable to me, because it shows the kind of respect you have for yourself.  Never mind the person looking, because above everything else, people address you the way you dress. How you dress shows the degree of respect you have for yourself as a woman. At the same time, if it is not a crime, it does not give you the right to me (woman).

So if you rape me (woman) because I am wearing a short skirt, you are still going to the prison. I hope you understand me very well. I am not advocating that women should expose their body, but I do not think anyone can use that as an excuse to rape a woman.

I think some dresses are not good for some functions or places Well, I do not think that there is a place you need to go in a dress that exposes your body. You can dress and be sexy and look nice without exposing your body. Beauty is from within. Wear something that looks good and decent, that you feel comfortable in. Your inner beauty is what is going to come out. There are women that can cover their body from the neck to the toe and when they come out you simply exclaim, ‘wow.’

‘I Am More Marlian Than I Thought’ – Singer Peruzzi

Popular Nigerian singer, Peruzzi, has once again confirmed his Marlian status, stating that he is more Marlian than he thought. The music entertainer made this...
Read more

A new report has confirmed that the 5-year-old marriage of Nigerian singer, Dr Sid to Simi, mother of his two kids, has crashed. Recall news...
Read more
- Advertisement -