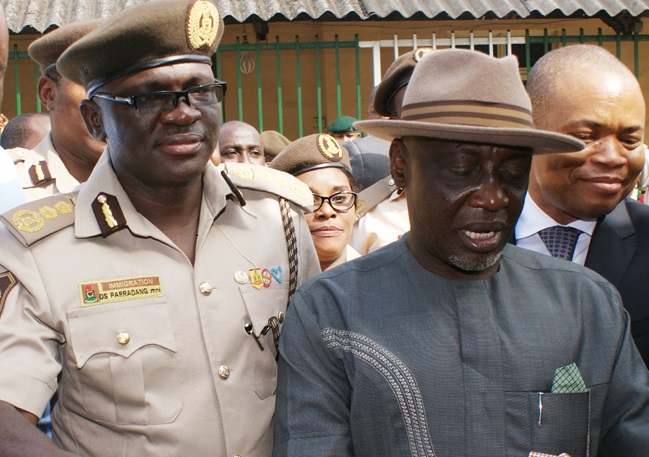 President Goodluck Jonathan has reportedly queried Minister of the Interior, Comrade Abba Moro and Comptroller General of Immigrations, David Parradang, over the deaths of 19 job-seekers, who lost their lives during the Nigeria Immigration Service (NIS) recruitment exercise weekend.

During the recruitment test in various centres across the country on Saturday, there was a stampede resulting from poor crowd management, which led to the deaths of eight applicants in Abuja, five in Port Harcourt, three in Minna and Benin City respectively. Several others were also injured in the ensuing commotion.

The tragic incidence has since being condemned by well-meaning Nigerians, who have called for the heads of Moro and Parradang, even as they demanded an investigation into the remote and immediate cause of the deaths of the applicants.

The duo were in the Presidential Villa for over two hours Monday, where they first met with the president’s Chief of Staff, Gen. Jones Arogbofa (rtd), before they were led into Mr. Jonathan’s office.

At the end of the meeting around 2:24 P.M. the minister and Comptroller General refused to speak with State House correspondents on what transpired.