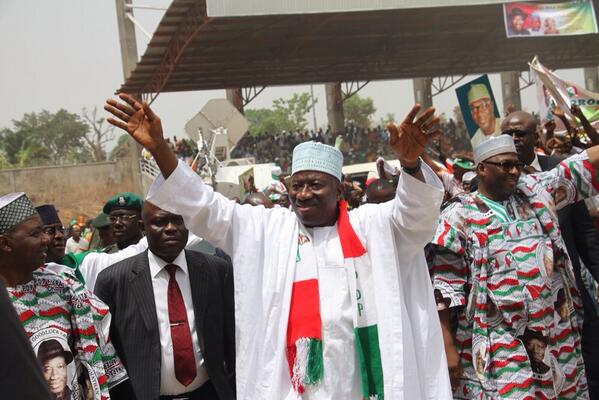 The reception will be held on May 10, the PDP Chairman in the state, Yunana Iliya, said on Wednesday in Lafia.

He said arrangements are on to welcome the President for the ceremony. He said some other federal lawmakers will also use the opportunity to dump the APC for the PDP.

Prominent among the expected decampee lawmakers are Solomon Ewuga, who represents Nasarawa North in the Senate. The senator was recently indicted of complicity by the Judicial Commission of Inquiry into the Ombatse Killings of scores of security officials.

“The defection of the deputy governor from the APC to the PDP is a clear testimony that the PDP is on course to reclaim the state in 2015”, the party chairman said.

He expressed optimism that the party would win the March 2014 local government election in the state, adding that machinery had been put in place to ensure that.

The chairman said that the PDP had fielded candidates for all the chairmanship and councillorship positions in the state.