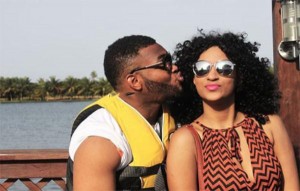 Juliet missed her husband’s birthday which was celebrated in February in Ghana, while Kwadwo didn’t attend his wife’s birthday held in March in Nigeria.

The mother of one was spotted spending more time in Nigeria than in her home country in the family circle.

However, Safo debunked the quickly spreading rumors saying that their marriage was still intact.

According to him, Juliet is currently busy acting, and he was shocked to hear such an interpretation, specifically because he never discusses his private life in the public.