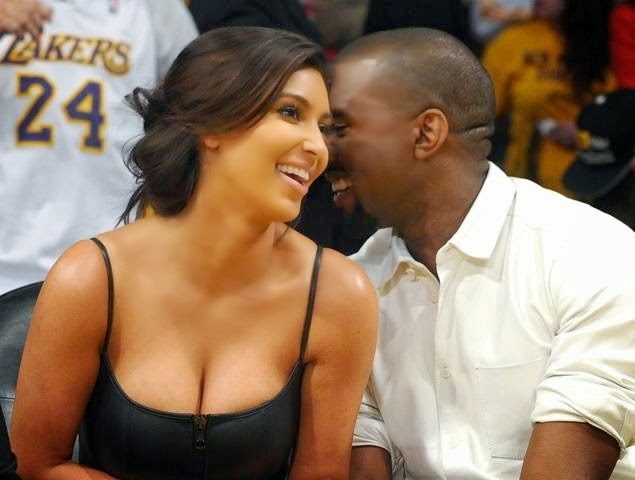 According to a new report by RadarOnline, the only cameras rolling or taking photos at Kim Kardashian and Kanye West‘s May 24th wedding in Paris will be their own, because guests who will attend the star-studded I Do’s will be forced to sign strict confidentiality agreements during which they’ll agree not to discuss any details of the nuptials with the media.

What’s more, cell phones will be strictly banned and confiscated if discovered! And it’s all because the high-profile couple do not want a repeat of West’s marriage proposal to Kardashian, which was leaked online by YouTube co-founder, Chad Hurley.
A source told RO:
“Guests will have to go through extensive security, even most of Kim and Kanye’s celebrity friends. devices will be held at a secure location and if someone needs to use during the festivities, accommodations will be made, but a long way away from the festivities. This is all designed to discourage guests from using their phones.”

If someone violates terms of the contract, they will likely be sued, the insider added.

“Kim and Kanye will be licensing the wedding photos for sale and it will also be broadcast on E! as part of their Keeping Up With The Kardashians series,” a source said.
However, Beyonce and Kanye will not have to suffer the same fate, Radar has been told.
“There is no way Kanye would ever even dare to ask Jay Z or Beyonce to sign a non-disclosure agreement, or take away their cell phones. He knows that neither one of them would betray his trust.”
With wedding preparations in the final stages, the couple has secured their prenuptial agreement.

There are no clauses in the agreement concerning custody arrangements of their daughter, North.