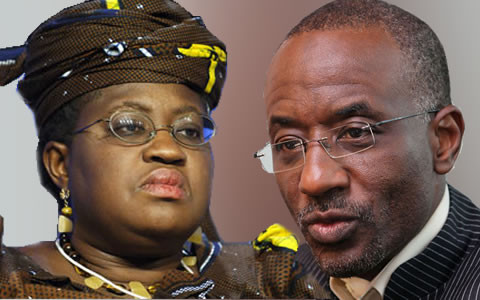 The Minister of Finance and Coordinating Minister for the Economy, Ngozi Okonjo-Iweala, has taken what might be considered a firm step to insulate herself from the corruption bazaar taking place under the current dispensation, following revelations by the suspended Governor of the Central Bank of Nigeria, CBN, Malam Sanusi Lamido Sanusi that the Nigerian National Petroleum Corporation, NNPC, has been claiming payments for subsidy on kerosene, despite the fact that it has not benefitted end-users, Nigerians.

NNPC claims that it subsidized the cost of kerosene so it could be sold to Nigerians at N50 per litre; it is common knowledge that the product is not only scarce in filling stations but is sold at exorbitant rates – above N100. This, Sanusi says, is not passing the benefit of the subsidy to consumers, adding that an unnamed consortium has been collecting $100m a month in a scam.

This brazen abuse of the process, has led Mrs. Okonjo-Iweala to call for a “forensic audit” of the NNPC and Federation Account even as she affirmed that subsidy for kerosene was not budgeted.

“It wasn’t budgeted for and that’s all I have to tell you. The subsidy was deducted at source by the NNPC. We didn’t budget for it”, she told the BBC’s Will Ross on Wednesday.

“Let us look at the amounts and the reasons being advanced for how much is missing. Audit that process. Audit what the NNPC is saying it used the money for and establish legitimately what is the shortfall”, she added.

Mrs. Okonjo-Iweala, a former top brass of the World Bank with a formidable international reputation, however, denied that her image had suffered a direct bashing as a result of the alleged fraud that is taking place under her watch as coordinating minister for the economy.

She said: “I wouldn’t like to be the party that promises oil sector reforms and doesn’t deliver”, adding that “I don’t think my reputation is under threat and to imply otherwise is distinctly wrong. I know what I’m doing. I know why I’m here”.

Okonjo-Iweala argued that “It would be very easy for me to sit at the World Bank and earn a nice salary and criticise. I gave up a comfortable career to come here and do my bit because I recognise that nobody but us Nigerians can clean it up.

“We need to be here fighting it ourselves, so that is what we are doing and we have a track record”, the finance minister stated.

She added that the pension system had been reformed following fraud there and a biometric system was being put in place to clean up the civil service and eliminate fraud via ghost workers.