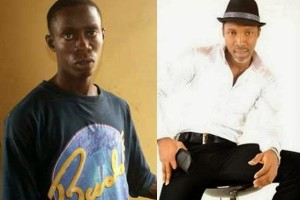 Two months after he was arrested by the police for allegedly instructing a member of his church, Ikechukwu Egbo, to strangulate a virgin girl for money rituals, Pastor Ofuche Ukoha popularly known as Sign Fireman of the Perfect Christianity Mission, has been cleared of all murder charges.

The Lagos State Directorate of Public Prosecutions (DPP) absolved the flamboyant preacher of complicity in the murder of the 12-year old virgin, whose name was given as Bose Ogoja, after the conclusion of police investigations into the matter.

“After a careful consideration of the facts contained in the duplicate file, this office is of the opinion that a prima facie case of murder is established against the primary suspect (Egbo) only. In view of the foregoing, this office shall prosecute Egbo at the state high court for the offence of murder.

“On the other hand, the second suspect (Fireman) is to be released forthwith if he is still in custody as no case is established against him”, the DPP stated.

Meanwhile, the primary suspect, Egbo, is still in custody and has been charged with murder.