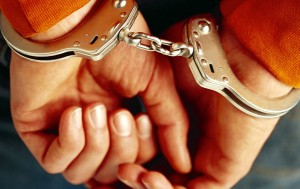 This guy is a real ding-dong.

Andrew Salmon of Cornwall, England pleaded guilty to assault in a February attack on his wife, Beverley.

In court, Sullivan said he suspected his wife of having an affair, and also had become increasingly frustrated with her for singing “Ding Dong, the Witch is Dead” in response to his mother’s death, the Independent reported Friday.

‘She never really got on with my mum, or any of my relatives,” 42-year-old Salmon told the court, according to the Daily Mail. “And when my mum died she was horrible and offered me no support. She was extremely unsympathetic. She would sing ‘Ding Dong the Witch is Dead’ from time to time, and didn’t even come to her funeral.”

He also suspected his wife was having an affair, and swapped her SIM card into a spare mobile phone to see who was calling her. When the man he suspected she was seeing called on Feb. 6, Salmon told his wife that he was going to pack up her things and leave them outside while she was gone, the Metro reported.

When she came back, her belongings were indeed outside, and Salmon proceeded to lock her in a shed because he “knew it would really annoy her.” He also said he knew she’d be able to get out a side door.

When Beverley managed to get back inside the house, her husband threw her down, choked her and twisted her breast.

He will be sentenced in April.