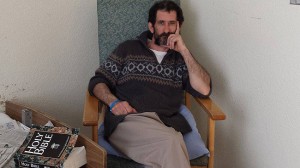 A man who handed out money to strangers in Halifax has since been unfairly locked up in a mental health hospital in Charlottetown, his daughter says.

“They think he is sick and has mental issues, but I know he does not,” Chelsey Rene Wright wrote on her Facebook wall, saying her father is being force-fed medications.

Wright says her father was told March 19 he would be held for 28 days for evaluation.

She said her father “had some extra money so he decided to share it around with some homeless and needy people in Halifax” last week.

RCMP Sgt. Leanne Butler said someone called police asking them to do a wellness check on Wright and officers “determined under the Mental Health Act of P.E.I., for his health, he should be taken to hospital.”

A Facebook group has been created to call on authorities to free Wright.