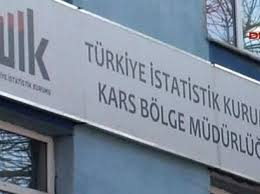 A disgruntled former employee burst into a government agency in eastern Turkey, shooting dead six staff before taking his own life overnight.

The gunman took his one-time colleagues hostage at the Turkish Statistical Institute in the city of Kars and then embarked on a wild shooting spree that has also left many people injured, officials said.

The minister said the assailant was a former employee who had been blocked from any promotion after facing administrative sanctions.

“Someone who was dismissed from his job ran amok and killed six people before committing suicide,” said Kars governor Eyup Tepe.

The assailant, identified by the governor as Veysi Erim, had received treatment for “psychological problems,” Mr Tepe’s statement said.

Specialist police teams rushed to the scene after the hostage-taking but the staff were killed before their arrival, media reports said.

“He first took the bureau head hostage. Then he randomly fired here and there, killing six,” the main opposition party’s mayoral candidate Naif Alibeyoglu was quoted as saying by the Hurriyet newspaper.

“There are also many people injured,” said Mr Alibeyoglu, from the Republican People’s Party (CHP).

The assailant had recently travelled to the Kurdish-majority southeastern province of Diyarbakir and brought a gun from there, he added.

Tensions are running high in Turkey ahead of key local elections on March 30.
But the governor’s office said the incident had nothing to do with “politics or any terrorist activity”. [AFP]