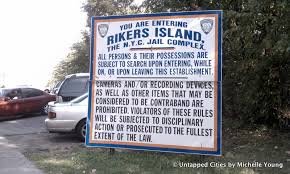 A mentally ill homeless veteran who died behind bars last month “basically baked to death” in a jail cell that overheated to more than 37 degrees Celcius, a New York City official has said.

Fifty-six-year-old Jerome Murdough had been charged with trespassing and placed in an observation unit for inmates with mental illnesses at Rikers Island.

Four city officials say Murdough, who took anti-psychotic and anti-seizure medication, apparently did not open a small vent to let cool air into his cell, as other inmates did.

Officials also said he was not checked for hours, in violation of department protocol.
The officials spoke on the condition of anonymity because they were not authorised to discuss the investigation by the city’s Department of Correction.

The medical examiner’s office said an autopsy was inconclusive and that more tests were needed to determine Murdough’s exact cause of death.

But the officials, all with detailed knowledge of the case, say initial indications from the autopsy and investigation point to extreme dehydration or heat stroke.

Advocates for mentally ill inmates in New York say the death represents the failure of the city’s justice system on almost every level: by arresting Murdough instead of finding him help, by setting bail at a prohibitive $US2500 ($2700) and by not supervising him closely in what is supposed to be a special observation unit for inmates with mental illnesses.

Of the 12,000 inmates who make up the nation’s second-largest jail system, about 40 per cent are mentally ill, and a third of them suffer from serious mental problems, the Department of Correction said.

Advocates and others have long argued that correction officers are not sufficiently trained to deal with mentally ill inmates whose needs are complex.
According to the city officials, Murdough was locked alone into his cinderblock cell at about 10.30pm on Feb. 14, a week after his arrest.

Because he was in the mental-observation unit, he was supposed to be checked every 15 minutes as part of suicide watch, they said.

But Murdough was not discovered until four hours later, at about 2.30 a.m. on Feb. 15. He was slumped over in his bed and already dead.

Dr Susi Vassallo, an associate professor at New York University School of Medicine and a national expert on heat-related deaths who monitors heat conditions at Rikers Island, said psychotropic medications can impair the body’s ability to cool itself by sweating, making it retain more heat than it should.

Exposure to intense heat for a couple of hours by someone on such medications could be fatal, she said.

Jennifer J. Parish, an attorney at the New York-based Urban Justice Centre’s Mental Health Project, said Murdough appeared to be a man in need of care.

“So Mr. Murdough violated the trespass law. So he suffered the consequences by going to jail,” Parish said.

“But the jail system committed more serious harm to him. And the question is, ‘Will they ever be held responsible?'”