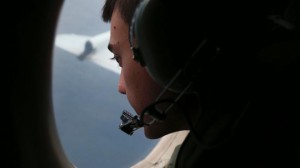 Xinhua News Agency said on Saturday that the Chinese military plane Ilyushin IL-76 sighted the three floating objects of white, red and orange colours respectively, from an altitude of 300 metres.

Investigators believed it crashed in the southern Indian Ocean, where planes and ships have been looking to recover any debris as families of the victims holding on to the last fragment of hope they have.