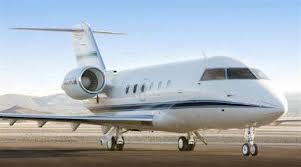 Aviation experts under the aegis of the Concerned Aviation Professionals (CAP) have sent a petition to President Goodluck Jonathan, detailing what might be considered an embarrassing allegation over the activities of an unnamed Minister.

The group accused the minister of spending not less than N10 billion of public fund on maintaining a private aircraft in the past two years.

It would be recalled that the Minister of Petroleum Resources, Diezani Alison-Madueke, has been accused of similar allegations in the past. It is not known if the latest allegation refers to her or another minister in the present administration, which has become notorious for turning a blind eye to alleged cases of corruption against its officials.

The aviation professionals in a recent letter to the president titled “Re: Mindless waste of Nigeria’s resources: Who owns this Challenger 850 Aircraft marked OE-ILA?” signed by Chairman, Abdul Malik Masaya, and Secretary, John Obande Anihinru, asked the presidency to as a matter of importance, beam its searchlight on the ownership, maintenance and usage of the aircraft marked OE-ILA, parked at one of the private hangers in a Nigerian airport in the last two years.

The group, which said it is worried that the “Super Minister, who is one of the celebrated members of the Federal Executive Council, parades fluke, erroneous and complete misrepresentation of the reality in the concerned ministry as successes of the past years”.

They accused the said minister of sinking 500,000 Euros, about N130 million, monthly to maintaining the aircraft since it surfaced under mysterious circumstances at the airport in 2012.

They prayed: “Sir, we have details and impeccable records which confirm that the ‘Super Minister’ has been frittering away the scarce resources of Nigeria in maintaining the Challenger 850 aircraft in the last two years. The incontrovertible evidence we have is that the Minister has been committing 500,000 Euros (N130 million) monthly to maintain the aircraft in the last two years. Thus, in two years, the Minister has committed the sum of N3.120 billion to keep the jet which is used for personal use and that of the Minister’s family alone”.

The aviation professionals added, “We make bold to say that the amount above is just a tip on the iceberg. Several other billions have been wasted flying the jet around the world obviously for leisure by the Minister and solely members of the immediate family. Our records showed that the amount already wasted by this Minister and members of the family on trips that are in no way beneficial to Nigeria runs into not less than N10 billion. The worst of all Sir, is the fact that an agency of government is paying all the billions used to maintain this jet”.

The group revealed that a subtle crisis is currently brewing in a notable government agency following the recent discovery that some of its directors allegedly spent several billions on the mystery jet. The professionals urged the federal government to establish the real owner of the mystery aircraft and demand explanation on why public funds is spent on maintaining it.

They observed, “We are aware of a war that is now brewing in the lucrative government agency when some directors got wind of the huge funds being channeled into maintaining the Minister’s private jet. We want you to investigate sir, who entered into the contract for maintaining the Challenger Jet on behalf of Nigeria. Is it a formal or informal contract? Why is Nigeria paying for the jet?

“We cannot comprehend the sense in keeping a plane solely for the use of a Minister, especially when the plane is not part of the Presidential fleet. We also know that Mr. President will promptly and readily oblige the Minister the use of any of the Presidential jets if it becomes imperative for the minister to embark on official trips on behalf of the government. Details at our possession include the series of flights the Minister had engaged in with the said plane in the last two years. The details include the different locations, time and date of the flights as well as the dates the plane returned to Nigeria at each instance. In fact we can confirm to you that the plane has been in use since July 2012”.

The aviation professionals are seeking to know if the unnamed minister was above the law and asked that “a thorough probe of this allegation should start from the FAAN, NCAA and NAMA. The agencies have records of all the trips the Challenger 850 jet made on the payroll of one of the nation’s top revenue earning agencies”.