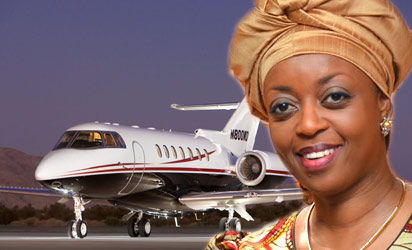 The House of Representatives yesterday denied allegations that its investigation of Minister of Petroleum, Diezani Alison-Madueke, over allegations of squandering N10 billion on a chartered Challenger 850 aircraft in two years is not selective.

The House was reacting to questions by newsmen on suggestions that Mrs. Alison-Madueke was unjustly being singled out for persecution in view of the fact that most top government officials are also guilty of routinely chartering aircraft for their travels, including House Speaker, Aminu Waziri Tambuwal.

Recall that the President of Ijaw Youth Council (IYC) worldwide, Udengs Eradiri had on Wednesday alleged that the probe had a political undertone to it as President Goodluck Jonathan was the ultimate target.

However, in a media briefing, deputy chairman, House Committee on Media and Public Affairs, Victor Ogene (Anambra/APGA), stated that drawing Mr. Tambuwal into the picture was unnecessary especially if there was no money missing from the coffers of the National Assembly.

“Drawing the speaker into it (chartering aircrafts), my simple reaction would be: is there any money missing from the coffers of the National Assembly? If there is none, why should anybody be worried about how the speaker moves”, Ogene said.

On the minister’s probe, Ogene said Section 88 of the 1999 Constitution clearly invested in the legislature the powers to investigate and expose corruption, inefficiency and waste in the management of funds appropriated by it on any matter for which it has legislative oversight.