Coordinationg Minister for the Economy and Finance Minister Dr. Ngozi Okonjo-Iweala described as ridiculous and false the accusations according to which she forged and faked documents to conceal the “missing” N24bn was missing from the Police pension account. 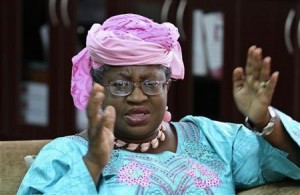 In a statement issued on Friday by Minister’s Special Adviser on Communications, Dr. Okonjo-Iweala says the money was not missing.

Okonjo-Iweala condemned attempts by the Chairman of the House of Representatives Committee on Public Accounts, Hon. Solomon Olamilekan, to spread such false allegations. She has repeatedly explained to the Committee that the money was an overpayment based on the demands of those trying to steal from pension funds which was successfully blocked, and the money was returned to the treasury.

These attempts are aimed to tarnish the Minister’s image, the statement reads, and at diverting the public’s attention from positive efforts to reform the problematic pensions sector.

In her statement, the Minister notes the amount in question was returned to the treasury even before the DG of Pension Transitional Arrangement Department was appointed.

The Minister expressed readiness to take up the challenge posed by the Committee Chairman for a public discussion on the issue.