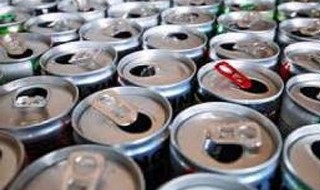 The National Agency for Food and Drugs Administration and Control on Sunday warned the public against indiscriminate consumption of energy drink for health reasons.

Mrs Adeline Osakwe, Director, Pharmacovigilance and Post Market Surveillance Directorate of the agency, gave the warning in an interview with the News Agency of Nigeria in Abuja.

According to her, energy drinks are supplements that contained high caffeine and carbohydrate which are made to make a person hyper active.

“The effect of the caffeine in energy drink makes people to get high, to be stimulated and of course, it makes the person’s heart to beat faster.

“It can have adverse effects, especially when the person over uses them and it accumulates in the system. The caffeine in it can lead to increase in blood pressure.

“It stimulates the heart to the extent that it worsens heart disease condition; energy drink should not be used like drinking water”, she warned.

The director said energy drinks were mostly recommended for sports people when it was necessary to boost their energy after or before sport.

She said energy drink had not been considered as narcotic or hard drug because it only contained caffeine and its effects could be controlled.

Osakwe promised that the agency would intensify its awareness and enlightenment campaign on consumption of the product, advising that children should not be given energy drink.

She warned against drug abuse, stressing that many people had abused cough syrups which contained codeine.

Osakwe assured of the commitment of NAFDAC to safeguard health of Nigerians and urged the public to support the agency in achieving its mandates.