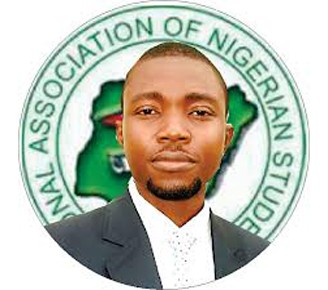 The National Association of Nigerian Students, NANS, said on Monday it would push for passage of the bill mandating the Federal Government to pay monthly allowance to unemployed graduates.

The NANS President, Yinka Gbadebo, told the News Agency of Nigeria in Abuja on Monday that the allowance would cushion the hardship faced by the graduates, adding that unemployment was largely responsible for the insecurity in the country.

Mr. Gbadebo, who is representing the students at the conference, said crime would reduce in Nigeria once job opportunities became available.

“Tertiary institutions are churning out thousands of graduates every year without the necessary atmosphere to gainfully get them employed.

“We are going to revisit that bill that was unwholesomely thrown out by the National Assembly, the bill that recommends that every (unemployed) graduate of every tertiary institution must be paid a particular stipend every month by government.

“If people are gainfully employed, they won’t be involved in all those things.

“And if as a government you are responsible to your people in making sure that you give them social insurance, the rate of crime will be reduced”, he said.

The unionist said the association would present to the conference issues concerning incessant strikes by university teachers.

According to him, the passage of a Nigerian student union bill to check impunity in tertiary institutions will also be put on the front burner by the students at the conference.

Mr. Gbadebo added that NANS would also demand that Nigerian students in tertiary institutions be given access to interest-free loans for those who cannot afford the exorbitant rate charged by some schools.

He expressed optimism that the conference would help chart a new course for the peace and unity of the country. (NAN)