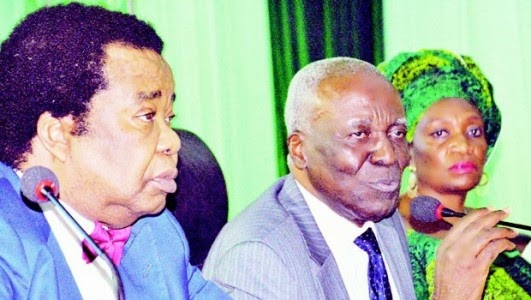 Some delegates to the ongoing National Conference have described the stormy session during Monday’s debate on the drafted rules for the conference as being healthy for it.

They told the News Agency of Nigeria (NAN) in separate interviews that the stormy session was an indication that the delegates were passionate about the conference.

A delegate representing Lagos State, Mrs Olufunmi Bashorun, said all that happened at the plenary was in line with the law of sociology.

“In any group, there should be a forming stage, stormy stage, normal stage and performing stage.

“Since we are deliberating on the rules which will guide the conference, I think everything is still in order”, the delegate said.

She said if all the delegates were moving towards the same direction, “it means we have come here to play”.

Bashorun said some of the issues needed to be agreed on, just as some would require 75 per cent vote while others might be agreed upon by a two-thirds majority vote.

The President of Nigeria Labour Congress (NLC), Mr Abdulwahed Omar, said the active participation by the delegates showed they were passionate about the development of Nigeria.

“The stormy session was very healthy for the conference.

“Had it been everybody was moving towards the same direction, it will tell you the kind of conference we are going to have.

“The fact that people are so passionate and are talking about what they believe in on the rules is an indication that the delegates are ready for business”, Omar said.

Another delegate, Mr Olawale Okunniyi, representing the Pro-National Conference Organisations (PRONACO), stressed the need for the delegates to get it right from the rules.

Okunniyi said deliberations by the delegates had shown their level of interest and commitment.

“Don’t forget that the rules we are considering are supposed to determine how the conference will run and the life of the conference.

“By what you have seen today, it is one of the indices of a credible National Conference where people want to actively own the process.

“We must commend the delegates for showing patriotism. This is very good for the conference. It shows that people have set their minds at the issues that affect the conference.

“Getting the rules right will solve 50 per cent of the problems that will come up in the conference”, Okunniyi said.

He, however, stressed the need to improve facilities available at the conference venue.

“We need electronic communication gadgets to speak and to vote”, he said. (NAN)