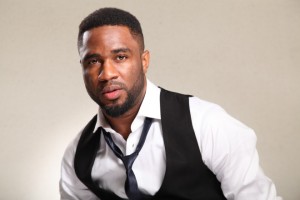 X3M Music has announced the signing of two young and vibrant artistes, Simi and Sammy.

The powerhouse record label, home to Nigerian R&B/Soul singing sensation Praiz has signed the new artistes as part of activities to change the music landscape in the Nigerian entertainment industry.

25 year old, Simi born Simisola Ogunleye started out singing and dancing in her early teens as a member of the teenage church choir. The versatile and uncanny creative Simi has a style of music that can be described as Afro-pop, infused with soul and pop. Her debut album which was released in 2008 included hit songs like Ara Ile, Ogaju, Iya Temi to mention a few.

Sammy Yakubu popularly known as Sammy is a 25 year old multi talented songwriter, singer, dancer and guitarist who has been musically inclined since childhood. He released his mix tape called “A mix tape and some”in 2011. This mix tape had a cover of songs from popular foreign artistes, which showcased him as a talented R&B singer.

“It gives me so much joy to be a part of other people’s journey, to be able to inspire and guide new singers coming up in this business”.  Praiz expresses his joy at having new sign on acts.

“I am excited to be signed on to X3M Music about the same time that my debut album will be released. This is definitely a milestone in my life and I am grateful for the opportunity” Says an elated Sammy

“Its always beautiful to sing with other great voices. It is a big privilege to be signed on to a great record label and have two great singers like Praiz and Sammy to work with” Simi shares her excitement.

Both Sammy and Simi are presently working on their singles from their debut and sophomore albums respectively.