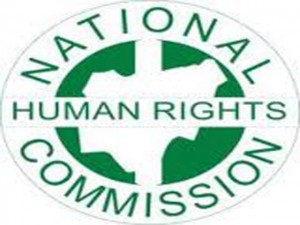 The National Human Rights Commission, NHRC, on Tuesday, said it has commenced full scale investigation into the National Immigration Service, NIS, recruitment exercise that claimed the lives of about 18 persons last Saturday.

The commission expressed its concern over what it termed “avoidable” death of the innocent job seekers in a statement by the Executive Secretary of NHRC, Prof. Bem Angwe, stressing that “mainstreaming human rights in the work of every organization is what is needed to avoid such incident in future.”

“The Commission will in line with its mandate and international best practices, ensure that victims of the incident are adequately compensated and measures put in place to forestall future occurrence,” he added.

Angwe received members of Citizens Advocacy for Social and Economic Rights who were at commission’s office to lodge their complaint against NIS and relevant authorities with regard to the exercise.

He therefore ordered the Human Rights Monitoring Department of the Commission in the FCT, Niger, Lagos, Port-Harcourt and Benin Offices along where stampede resulting in the death of the victims occurred to submit interim reports containing information on what happened including identities of dead and injured persons.

He also said that the NHRC has set up a Committee to thoroughly carry out a full scale investigation into the allegations of human rights violations in the matter and make appropriate recommendations.