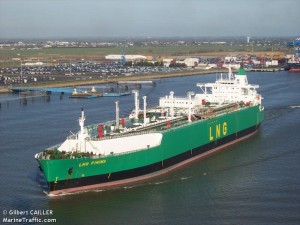 Managing Director and Chief Executive Officer of Nigeria Liquefied Natural Gas (LNG) Limited, Mr. Babs Omotowa, has revealed that the country has earned over $50 billion as proceeds from exportation of liquefied natural gas in the last 15 years.

Speaking at the celebration of Nigeria’s milestone 3000th LNG Export Cargo, weekend, in Abuja, Omotowa explained that the huge earnings sprouted from a meagre $2.5 billion invested in the firm at its inception in 1999.

He recalled that the event of January 2014, when the Nigeria LNG Limited exported Nigeria’s 3000th cargo since the company began operations on Bonny Island in 14 years, would ever remain indelible in the life of the nation.

“Nigeria now owns $14 billion of assets on Bonny Island; the country has earned $13 billion in dividends, another $11 billion earned in feed gas sales revenue, over $10 billion expenditure in local economy on goods, services and salaries of thousands of staff employed.

“Corporate income tax will exceed N220 billion per annum by far the highest in Nigeria and sub-Saharan Africa,” Omotowa disclosed.