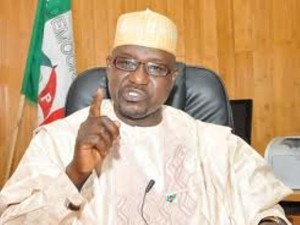 Special Adviser to President Goodluck Jonathan on Political Matters, Ahmad Gulak has declared that there is no alternative person to unseat his boss in the 2015 Presidential election.

Jonathan has not declared to Nigerians if he would be running for the election or not, but statements from his aides and support groups signify that the president may be interested in remaining in Aso rock till 2019.

Gulak, who is the National Coordinator of Goodluck Support Group (GSG), in a statement at the weekend urged the international community to ignore what he described as ‘noisy propaganda sponsored’ in the press by the opposition.

“We have searched from the West, East, North and the south, for today, as I speak with you, we have not found an alternative to Goodluck Jonathan. What you get to hear in the press is the work of the opposition who are desperate to hold power and definitely they are not going to be an alternative to this present administration,” said Gulak, at an award ceremony for eminent women by the Global Connections for Women Foundation.

Speaking further at the awards to mark the 2014 International Women’s Day at Havard Club, New York, United States of America, Gulak noted; “We have seen what some of them had done in the past and we are still seeing what they are doing. Nigeria under President Goodluck Jonathan is progressing. We are developing”.

He also urged global super powers to help the country in the fight against terrorism in the African continent.

“We are still groaning or complaining or condemning what happened during the first and second world war. The effects are still with us. In Africa, the insurgencies in Africa, the terrorism in Africa would not have been possible without the proliferation of small arms and ammunition.”

“And the small arms and ammunition are manufactured and delivered through the super powers. If they really want to help Africa, then this area is key.

“The security challenges are global phenomenon. We challenge our women because this campaign, if driven by women, we believe we would overcome it. Today is the challenge we are throwing to the women to take the campaign, to take the lead and address issues either public or in the bed room with their husband,” he stated.

In her response, chairperson of GC4W, Chief Temitope Ajayi noted that women are engines of growth.

According to her, the Jonathan administration has offered great opportunities for women advancement and contribution to societal growth and national development.

She therefore called on Nigerians to give more support to Jonathan in his giant strides to advance the country.