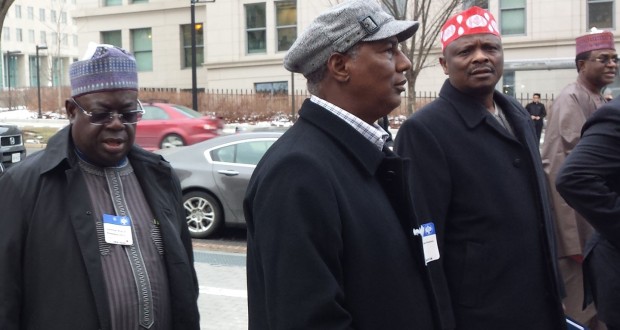 The Northern State Governors’ Forum will hold an emergency meeting on Tuesday, March 25 in Abuja to discuss burning issues of national and regional importance.

Chairman of the Forum and Governor of Niger State, Dr Mu’azu Babangida Aliyu, in a statement signed by his Chief Press Secretary, Mr Danladi Ndayebo on Thursday, said two separate meetings would be held to consider the security situation in the region and the North’s agenda at the on-going National Conference.

Aliyu also said the 13 governors, who met with U.S. government officials and representatives of Norway and Denmark at the United States Peace Institute and the State Department in Washington D.C during the week, will brief the Forum on the progress made in its search for solutions to the security challenges confronting the region.

The statement partly reads: “The 13-man delegation of the Northern States Governors Forum (NSGF) will brief the larger house on the forum’s collaboration with the governments of the United States, Norway and Denmark at 10 a.m. on Tuesday at the Niger State Governor’s Lodge in Abuja”.

The statement said the refocussing of attention by the U.S on the situation in the North, economic investment opportunities, security and challenges of private investments in the region, were highlights of the governors’ meeting with U.S officials

“The 19 Northern Governors will also meet with delegates to the ongoing National Conference from the North to fine tune the region’s position at the talk shop. The meeting will hold at 8 p.m. at the Kano State Governor’s Lodge in Abuja on the same day”, the statement added.