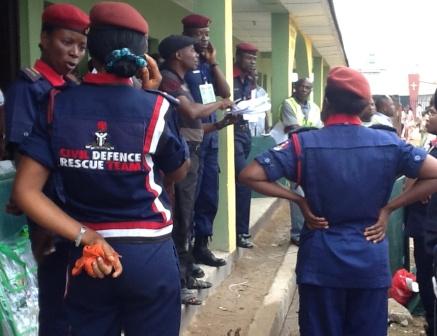 The Jigawa State Command of the Nigeria Security and Civil Defense Corps (NSCDC) has nabbed a young man for allegedly having carnal knowledge of primary school boys in the state.

The state’s Commandant, Mr. Muhammed Gidado, announced the arrest in a press statement issued in Dutse, the Jigawa State capital on Monday.

He said the suspect, whose name was given as Sule (surnamed withheld), who resides in Jigawar Tsada in Dutse Local Government Area of the state, allegedly enticed his under-aged victims with N20 and then defiled them.

“The suspect was arrested after he raped an eight-year-old boy (name withheld) of the same area.

“The suspect committed the crime severally, giving his victims N20 each as token”, the NSCDC boss stated.

According to him, the interim medical report from Rashid Shekoni Specialist Hospital, Dutse, confirmed that the minor was penetrated.

He alleged that the suspect confessed to committing the crime during preliminary investigation on the matter, adding that Sule claimed he was introduced to the act (homosexualism) by his fellow students, Usman and Aliyu and three others, who used him and gave him N100 as token.

Mr. Gidado stated that the suspect would be arraigned soon as investigation is concluded.