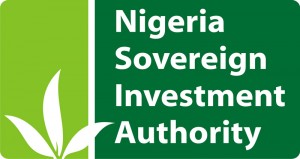 The Nigeria Sovereign Investment Authority (NSIA), has said it is considering investing up to $100 million (N16 billion) in generation or distribution companies just as it has committed $200 million (N32 billion) to gas-to-power infrastructure to boost supply of electricity across the country.

According to the agency, the $100 million being proposed for the power assets is part of the $400 million Nigeria Infrastructure Fund, which represents 40 per cent of the $1 billion under its management.

Orji noted that while the NSIA, which is the manager of the Sovereign Wealth Fund (SWF), was open for both greenfield and secondary investments in gencos and discos, it would prefer secondary ones.

“We have allocated $100 million to power sector and have an agreement with a private equity company to match us 2:1 on the equity. We are still looking at both gencos and discos. There are a lot of opportunities but frankly, we are not close to announcing any at this stage. If things go well on a couple of things we are looking at, we could announce something soon,” he added.

Orji disclosed that NSIA had committed $200 million out of the $550 million allocated to it by the federal government, in gas-to-power infrastructure.

The $550 million, he noted, was recently received from the federal government, which gave it two mandates on the money, one of which was the investment in gas-to-power infrastructure.

He added that the other mandate was to provide liquidity for the Nigerian Bulk Electricity Trading Company Plc (NBET) to boost its guarantee.

“The other part is liquidity fund that we are supposed to help NBET grow and be able to execute agreements or give confidence to agreements. But they don’t have the mandate to invest that money. That money is supposed to be a confidence giver ; they don’t need to really touch it.”

Specifically, he said the agency had signed a cooperation agreement with Julius Berger Nigeria Plc, the contractor for the project, which will commence on March 10.

By the agreement, he pointed out, NSIA had become the lead financial partner in the consortium for the project with responsibility to invest its equity and attract other equity partners as well as raise debt for the project.

According to him, “We already have soft commitment from potential equity partners. This will be the first federally-tendered private-public partnership project in motorways in Nigeria and we believe the negotiated construction cost will be bankable in the current structure.”

Explaining that the commitment was a culmination of 11 months of work negotiation with the contractors to ensure the project is bankable, he noted: “This is a first but crucial step in the process and post signing this cooperation agreement, we are now negotiating the concession and thereafter, we will announce a timetable for getting to financial close.”

“But between our equity, Julius Berger’s equity, soft commitment from other equity partners and government viability gap funding, we are confident that flag-off can commence in March, 2014.” [Thisday]