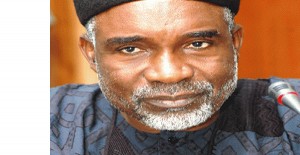 Adamawa State Governor, Murtala Nyako, yesterday, slammed President Goodluck Jonathan for blaming insurgency in the North on governors, whom the president claimed failed to provide basic education for their people.

Nyako described the President’s claim as unfortunate insisting that it was the poor leadership exhibited by the Jonathan administration that had aided and abetted the rising spate of terrorism in the North.

Nyako, who spoke through his director of Press and Public Affairs, Ahmad Sajoh, stated that it was the failure on the part of the Jonathan Presidency to tackle insurgency with the required political will that had given rise to the escalation of terrorism in the North East.

“For the avoidance of doubt, we wish to state categorically that if there is any proof of bad governance, it will be located in the way and manner the President executes his priorities and the kind of statements he and his spokespersons make.

“Governors are not and cannot be held responsible for security challenges since they have no control over security apparatus. The President is the Commander-in-Chief with powers over the Armed Forces, Police and other security agencies,” he said.

“Our states hardly receive enough allocations to even meet our most basic needs let alone spend it carelessly. In addition, we have the added responsibility of carrying the burdens of the Federal authorities in our state. Moreover, we do not have the moral burden of missing monies not accounted for on our heads as is the case with the Federal Government.

“Nigerians should hold the Jonathan administration responsible for all the security challenges in the country including insurgency, oil theft, kidnapping for ransom and armed robbery.

“No matter what the President says or does, this government has failed Nigerians. It has turned out to be a “Government of impunity by the incompetent for the advancement of corruption.” The signs of incompetence are everywhere,” Nyako said.

On his part, Governor Kashim Shettima of Borno State said that the president may have been misquoted based on what he said were clear indications that the administration in Borno inherited the insurgency and had tackled it within the resources available to it.

Jonathan had at a Peoples Democratic Party rally in Bauchi on Saturday accused the governors of not doing enough for their people and always blaming their misfortune on bad leadership exhibited by the centre.

He noted that the failure on the part of the governors to cater for the basic education needs if the citizens was responsible for the insurgency that had engulfed the area.

In his reaction articulated by his spokesman, Isa Gusau, Shettima said: