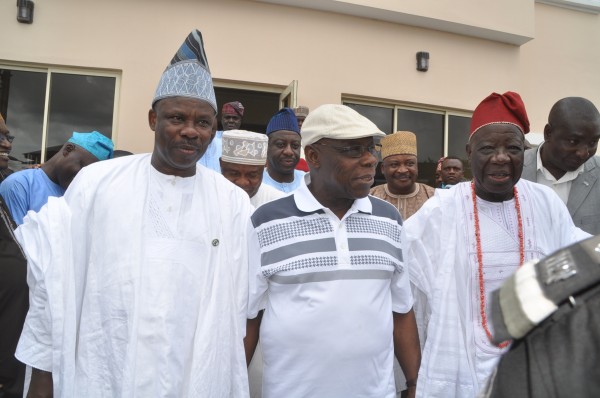 The former chairman of the Peoples Democratic Party’s (PDP’s) Board of Trustees spoke in Abeokuta on Tuesday at his 77th birthday celebration at the Olusegun Obasanjo Presidential Library (OOPL).

He said although the assessment of public office holders is better seen when they are out power, he would like to appraise Amosun now.

In his statement Obasanjo said that those who are in Ogun State will testify. Even if they belong to a party that does not like the governor, they can say that he (Obasanjo) did not lie.

And finally the former president thanked Amosun for what he is doing for everybody.

Amosun, who was at the event, described Obasanjo as “a leader whose love for the continued progress, unity and survival of Nigeria is second to none.”