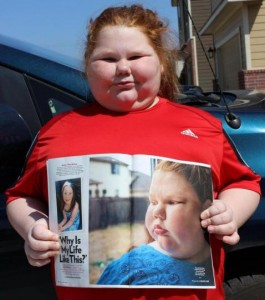 A brain surgery left Alexis Shapiro with hypothalamic obesity which causes her to constantly feel like she is starving and gain massive amounts of weight.

12-year-old Alexis Shapiro is finally getting lifesaving gastric bypass surgery after she gained more than 140 pounds in two years due to a metabolic disorder resulting from brain surgery. 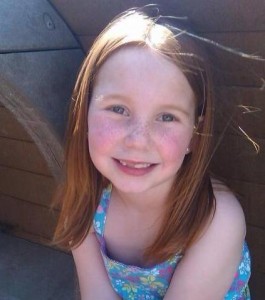 Shapiro had surgery to remove a benign brain tumor two years ago, and since then has not been able to stop eating.

She gained almost 200 pounds even with a strict diet due to a dramatic drop in her metabolism, and has been diagnosed with Type 2 Diabetes.

Doctors recommended gastric bypass surgery, but her family couldn’t cover the cost and the insurance company refused to help. They started a GoFundMe campaign and raised over $80,000 to cover the procedure. Doctors said without the operation, she would continue to gain weight at a rate of 2 pounds per week.

After the surgery, Shapiro will be on a liquid diet for a month as her body adjusts to a smaller stomach.