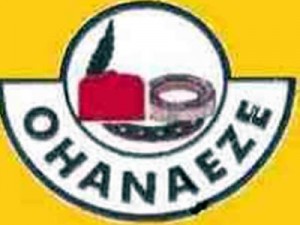 Apex Igbo socio-cultural organisation, Ohaneze Ndigbo Thursday demanded the payment of N2.4 trillion as reparation and restitution from the federal government for the killings, violations, atrocities and injustices against the tribe in Nigeria since 1966.

Although the price on the death of millions of Ndigbo killed in the civil war and on other occasions was described as “incalculable”, the amount is meant to cushion the sufferings the zone had passed through in the country, stressing that each of the five states of the southeast would receive a token of N400 billion from the money as compensation as well as Delta state for the benefit of Anioma area of the state.

Chairman, Ohanaeze Ndigbo Reparation Committee who was also an Aviation Minister during the First Republic, Chief Mbazulike Amechi who briefed newsmen in Enugu, expressed dismay that about 15 years after Ohanaeze Ndigbo sent a petition to the Oputa Panel for the reparation and appropriate restitution for the crimes committed against the Igbos, government had refused to address the issues.

“Having waited for 15 years, Ohanaeze Ndigbo on May 25, 2013 set up a reparation and restitution committee to dust up the petition and revisit the issue. The organization has had cause to reflect on the long chain of injustices, atrocities and deprivation which have been inflicted on Igbos over the years in respect of which there seems to be no end.

“These are taking place in a country which great Igbo sons and daughters spearheaded its founding. The spirits of millions of Igbo men, women and children who have been unjustly murdered over the years are crying for justice. It is incalculable to put a price on the death of millions of Ndigbo who were killed in the civil war and are still being killed by Boko Haram in the North east Nigeria,” he said.