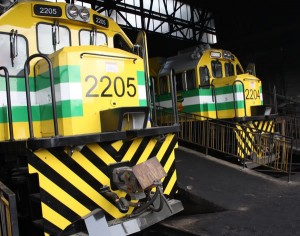 The Nigerian Railway Corporation (NRC) is to re-open its Oshodi Station in Lagos on March 31 after seven years of closure.

The NRC said in a statement in Lagos on Wednesday that the proposed re-opening was in response to appeals from commuters. The statement was signed by the Public Relations Officer of the Lagos District of the corporation, Mr Ademuyiwa Adekanmbi.

It noted that the highly patronised station was shut following a clash between two factions of the National Union of Road Transports Workers.

The NRC said that much damage was done to the station, train engines and coaches during the clash.

It therefore urged commuters to patronise the corporation.

The District General Manager, Mr Akin Osinowo, had earlier told NAN that the district mobilised personnel and installed some security measures to ensure a hitch-free operation at the station.

The manager urged members of the public and security agents to help to monitor rail facilities and protect them against vandalism.

Osinowo gave the assurance that the district would increase its services to meet commuters’ demands.

The News Agency of Nigeria (NAN) had reported that passengers were wounded during the clash. [NAN]