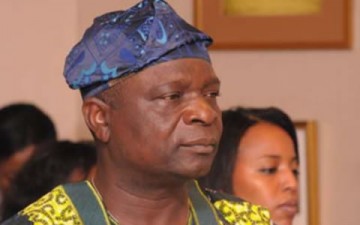 Immediate past governor of Osun State, Prince Olagunsoye Oyinlola has said that Nigeria deserves a permanent seat in the United Nations Security Council in view of its contributions to global peace and security.

The ex-governor said it was the civic duty of everyone to work for global peace.

Oyinlola made the appeal on Saturday in New York, United States while addressing participants at the year 2014 International Conference of the World Federation of UNESCO Clubs Centers and Associations’ (WFUCA) Executive Board Meeting.

A statement by his media aide, Mr. Femi Adelegan, quoted Oyinlola as saying: “The International Community should support Nigeria’s quest for a permanent seat in the United Nations Security Council in view of the nation’s critical role as the undisputed leader and motivator of the African continent.

“Apart from its strategic importance, Nigeria has also played prominent and commendable roles in liberation struggles of African nations. The country’s commitments to peaceful co-existence of the peoples of the world in terms of material and financial support to the UN agenda, have been massive, to warrant Nigeria a place as a permanent member of the UN Security Council.

“Nigeria has never failed to act decisively on matters concerning political and socio-economic development of African states, especially when their security is threatened”.

Oyinlola, who is a retired Brigadier-General of the Nigerian Army, said having personally taken part in some peacekeeping operations, it was better to work for global peace than violence.

The statement added: “We all owe it a responsibility to influence our societies positively; and one sure way of achieving this objective is the proper utilization of the media and other potent instruments of social change to eliminate tension and conflicts all over the world.

“The way forward includes the promotion of inter-religious and cultural dialogue, civic education, and more importantly, faithful implementation of the globalization agenda that commands drastic reduction of inequalities between the developing and the developed world; a phenomenon that he said, posed threats to peaceful coexistence as a result of uneven development and injustice.

“Having tasted the unpleasant effects of wars and violence through my participation in the United Nations and Africa’s peace-keeping operations in the past, I will continue to support platforms for constructive discussions of peace by stakeholders as a solid basis for societal peace and development”.