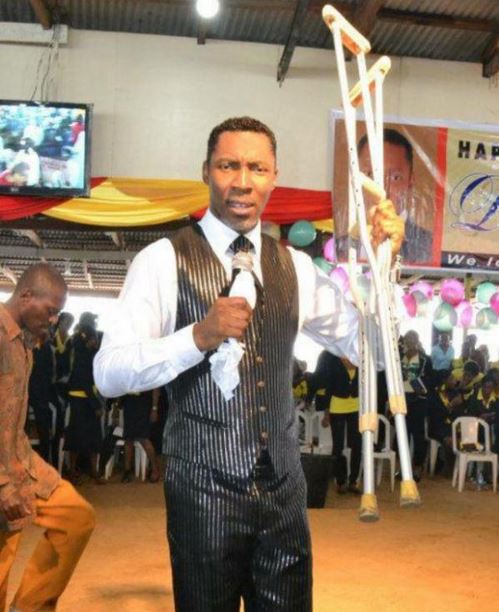 
The controversial preacher was in January indicted for a ritual killing by an 18-year-old boy who claimed to be a member of his church. He was subsequently arrested by the police but later released.
Speaking to newsmen recently, he said: “A lot of things written about me then were not correct. I want to use this opportunity to clear the air. I didn’t do it. I have never met that young man before. The story said I was bundled to the police station. That is not true. I drove to Panti police station myself. If I was guilty, I would have ran away. When the young man was called to testify in the presence of policemen, he confessed that we had never met.
“The boy who claimed he washes my car every day, did not even recognize the colour of my house when I took the police to my house in Lekki. How come? Thank God his mother came out to vindicate me.

“A lot of things have happened to me in recent times. I have suffered bandits attack, assassination attempt, even my mother’s house in Abuja was burnt down but I am not perturbed because I know who I believed in.

“This whole thing started when I came in contact with a document which I will make known soon. The people involved have tried to prevent me from making it public but they are wasting their time.”
Brandishing copies from the police and the office of the Director of Public Prosecution (DPP), Fireman continued: “From the investigation of the police, there is nothing to show that I had anything to do with the allegation.
“The DPP had also written that I am innocent. You can go and verify yourself. I am against killing. I have been in the miracle ministry since I was 18 and my spiritual father is Dr. T.L. Osborn. This boy has several cases of rape in Badagry according to investigations, even the mother came out to testify to that effect.”